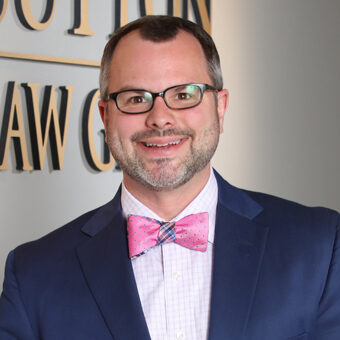 Born in Marietta, Georgia and a Georgian nearly the entirety of his life, Darrell has practiced law in Cobb County continuously since 2003.

Service to the community also is important to Darrell. He has been a member of Governor Brian Kemp’s Judicial Nominating Commission since 2019. He also was a member of the Cobb County Board of Ethics from 2008 to 2017, serving as Board Chairman between May 2015 and December 2017. Darrell also serves as a member of the Board of Directors for the Georgia Legal Services Program and the Cobb Justice Foundation.

Darrell and his wife Meredith are proud parents to daughter Louise and son Wilson. The joy of family offsets the routine disappointment and frustration Darrell experiences as a life-long Atlanta Falcons fan.