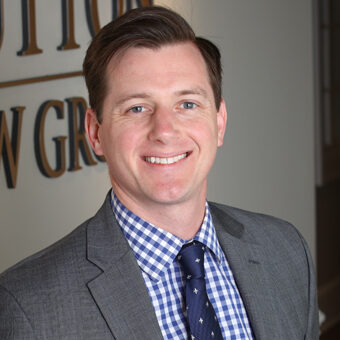 After spending most of his youth in Rochester Hills, Michigan, Matthew fled for warmer weather.

Then in 2010 Matthew received his Juris Doctor degree from the University of Florida Levin College of Law.  While a law student, Matthew served as an officer in the John Marshall Bar Association, as a summer orientation leader, and as a Legal Research and Writing and Appellate Advocacy teaching assistant.

Matthew was admitted to the Florida Bar in 2010 and The State Bar of Georgia in 2011. He is licensed to practice in all Florida State Courts, all Georgia State and Superior Courts, the Court of Appeals of Georgia, the Supreme Court of Georgia, and the United States District Courts for the Northern and Southern Districts of Georgia.

Matthew is involved with the Young Lawyers Division of the State Bar of Georgia, having served for several years as a member of its Board of Directors. In 2014 Matthew graduated from the Division’s Leadership Academy, and in 2018 he was recognized with an Award of Achievement for Outstanding Service to the Bar.

In 2020 Matthew achieved the distinction of being named a Super Lawyers Rising Star.

Outside of work Matthew enjoys spending time with his wife, Michelle, their daughter, Alex, and their two dogs, Tiger and Izzy, as well as playing basketball. He also relishes the infrequent moments of joy that come with being an unwavering fan of the South Carolina Gamecocks and Detroit’s professional sports teams.