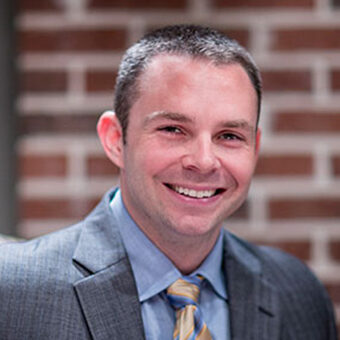 While in law school, Ryan participated in the Advocacy program, winning the American Bar Association Regional Moot Court Competition Best Advocate Award in 2003. He was later named to the Order of the Barristers for Excellence in Advocacy.

After graduating from law school, Ryan practiced for 7 years at a prominent defense firm, handling all aspects of litigation from the administrative law judge level to the Georgia Court of Appeals. Ryan has been repeatedly recognized as a Rising Star in the area of workers’ compensation by Superlawyers Magazine, an honor bestowed upon only 2.5% of the State’s attorneys who are under the age of 40. Then he got too old.

Most important to Ryan are his beautiful wife, Suzanne, and their two children, Conner and Bronwyn.  Ryan enjoys family game night, which is nearly every night, sports (now mostly as a  coach and spectator) and writing screenplays as a hobby.