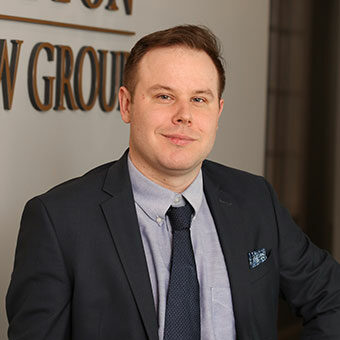 Born in Miami and raised in St. Petersburg, Florida, Samuel Lyon moved to Atlanta in 2011 to attend college at Oglethorpe University. It is from there that in 2015 he received his Bachelor of Arts degree, magna cum laude, with a major in Communications and Rhetoric Studies and a double minor in Spanish and Nonprofit Management. While at Oglethorpe, Samuel was a committee member of the Student Government Association, Vice President of the Sigma-Beta Chapter of the Kappa Sigma Fraternity, and Historian of the Omicron Delta Kappa Honor Fraternity. Samuel was also a scholarship recipient and was named the 2015 Greek Man of the Year.

Samuel is a member of the State Bar of Georgia and its Insurance Law Section, and he is licensed to practice in all Georgia State and Superior Courts.

Samuel is a general and commercial liability litigator, but also has experience representing the State of Georgia prosecuting individuals in criminal cases, representing corporations in bankruptcy proceedings, and environmental law litigation.